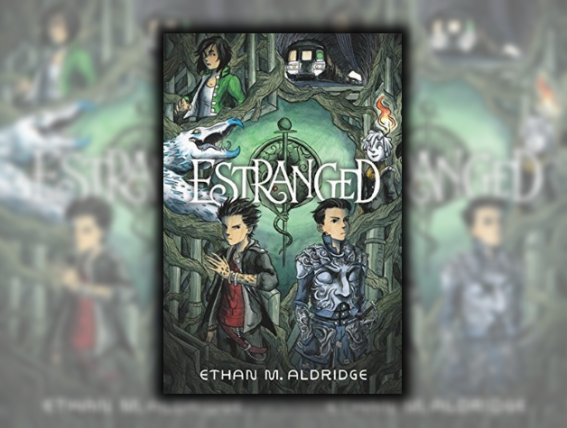 Edmund and the Childe were swapped at birth. Now Edmund lives in secret as a changeling in the World Above, his fae powers hidden from his unsuspecting parents and his older sister, Alexis. The Childe lives among the fae in the World Below, where being a human makes him a curiosity at the royal palace.

But when the cruel sorceress Hawthorne seizes the throne, the Childe and Edmund must unite on a dangerous quest to save both worlds—even if they’re not sure which world they belong to.

I picked this book up at work because it sounded really interesting to me, despite the fact that I don’t often read graphic novels. I really enjoyed the story in this, and the illustrations were beautiful and atmospheric. It’s a beautifully rendered story about fay and changlings and what it means to be a family and to belong.  The characters were especially bright on the page, with lots of emotion to connect to and relationships that grew and brought a smile to my face. It was definitely a quick read, but it was full of adventure and magic, and I constantly found myself going back over scenes at times to take it in as much as I could.  Definitely one I’ll be recommending!