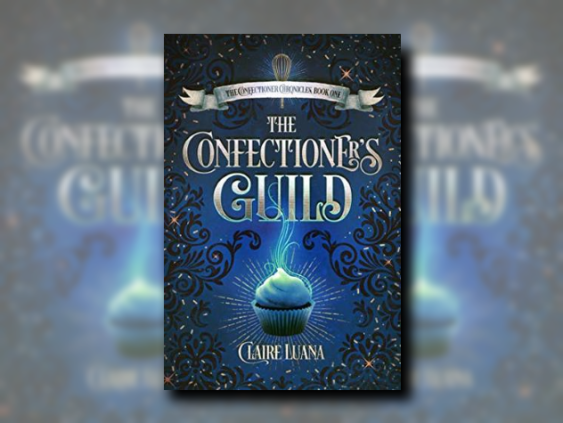 **I received this as an egalley from the publisher through NetGalley in return for an honest review.**

A magic cupcake. A culinary killer. The perfect recipe for murder.

Wren knew her sweet treats could work wonders, but she never knew they could work magic. She barely has time to wrap her head around the stunning revelation when the head of the prestigious Confectioner’s Guild falls down dead before her. Poisoned by her cupcake.

Now facing murder charges in a magical world she doesn’t understand, Wren must discover who framed her or face the headsman’s axe. With the help of a handsome inspector and several new friends, Wren just might manage to learn the ropes, master her new powers, and find out who framed her. But when their search for clues leads to a deep-rooted conspiracy that goes all the way to the top, she realizes that the guild master isn’t the only one at risk of death by chocolate.

If Wren can’t bring the powerful culprit to justice, she and her friends will meet a bittersweet end.

On reading the premise of this book I was immediately intrigued. It sounded both magical and mysterious and I was in the mood for a little bit of both. The Confectioner’s Guild turned out to be a semi-sweet tale that had a lot of intrigue and intricate world-building, some really interesting characters, and a unique blend of magic that added just the right touch to the story.

I really liked the world-building of the story. It takes place in a world filled with political and territorial disputes, tyrannical kings and the awfulness of invasion, and the power of merchant and craft guilds. In particular, the aperitive guilds have the most power and, as Wren discovers, this is because select people have the innate ability to mix magic into their edible creations. I thought this was a very unique magic system, especially because of how secretive it is and how the different types of food align with specific types of magic. The magic itself isn’t as big a part of the story as I would have liked, but the secret and use of it very much is.

The plot was intriguing from the start, full of much mystery and politics. It definitely kept me interested for the most part, and kept me guessing as well because so many suspects had the motivation to commit the murder Wren is being framed for, and yet there were so few clues to really be found. I did think there were some times when it lulled a little, and there was not a lot of action to speak of, but between the relationships Wren was creating and the mystery she was struggling to solve while also learning the ins and outs of her Guild kept me interested in the story.

I enjoyed Wren as the main character. She was content with the life she had, for the most part, but suddenly being framed for murder gives her the motivation to become brave and inspired to do what she must to find the true murderer. She had a lot of spunk, which I enjoyed greatly, and wasn’t afraid to do whatever she could to help with the investigation, even if it wasn’t always the smartest decision. There was a lot of dark history in Wren’s past, some of which was revealed over the course of the novel, but some which was not. I am particularly interested to know more about her time with the Red Wraith gang and what Ansel did exactly to betray her, and I find that I kind of like the fact that the author didn’t completely tell that tale in this book. It leaves more to be discovered about Wren in the next book, which is actually kind of refreshing. I also liked almost all of the side characters as well, as they were all unique and had more to their personality than first appeared, and made for a splendid cast of characters to this story.

As for the romance, I was on board from the start when there was some obvious chemistry between Wren and Lucas, but it was so subtle that when they started kissing halfway through the book (after knowing each other for about three or fours days maybe? I’m not sure, but it certainly didn’t seem that long), I kind of felt a little less enthused about it. Sure I still liked them as a couple, but in the over-arcing scheme of things, Lucas didn’t really have enough of a presence on the page, or even in Wren’s vicinity, to really make me feel like the chemistry between them was as strong as the author would have wanted me to believe. I feel like it could have definitely ended up there eventually, but not that quickly. I think what I wanted was just to see them spending more time together first, investigating together and getting to know one another, and letting that romance grow and blossom a little more naturally.

This was a stimulating read with some great world-building and a mystery that definitely had me struggling to figure out who committed the murder. The magic is subtle, like its qualities in the book, but the political intrigue and the characters really made this story what it was. It’s a fascinating read, one I would probably recommend more for mystery lovers though, and it does have me interested in continuing on with the next to find out what else is going to happen in this world of confectionary magic and mystery. 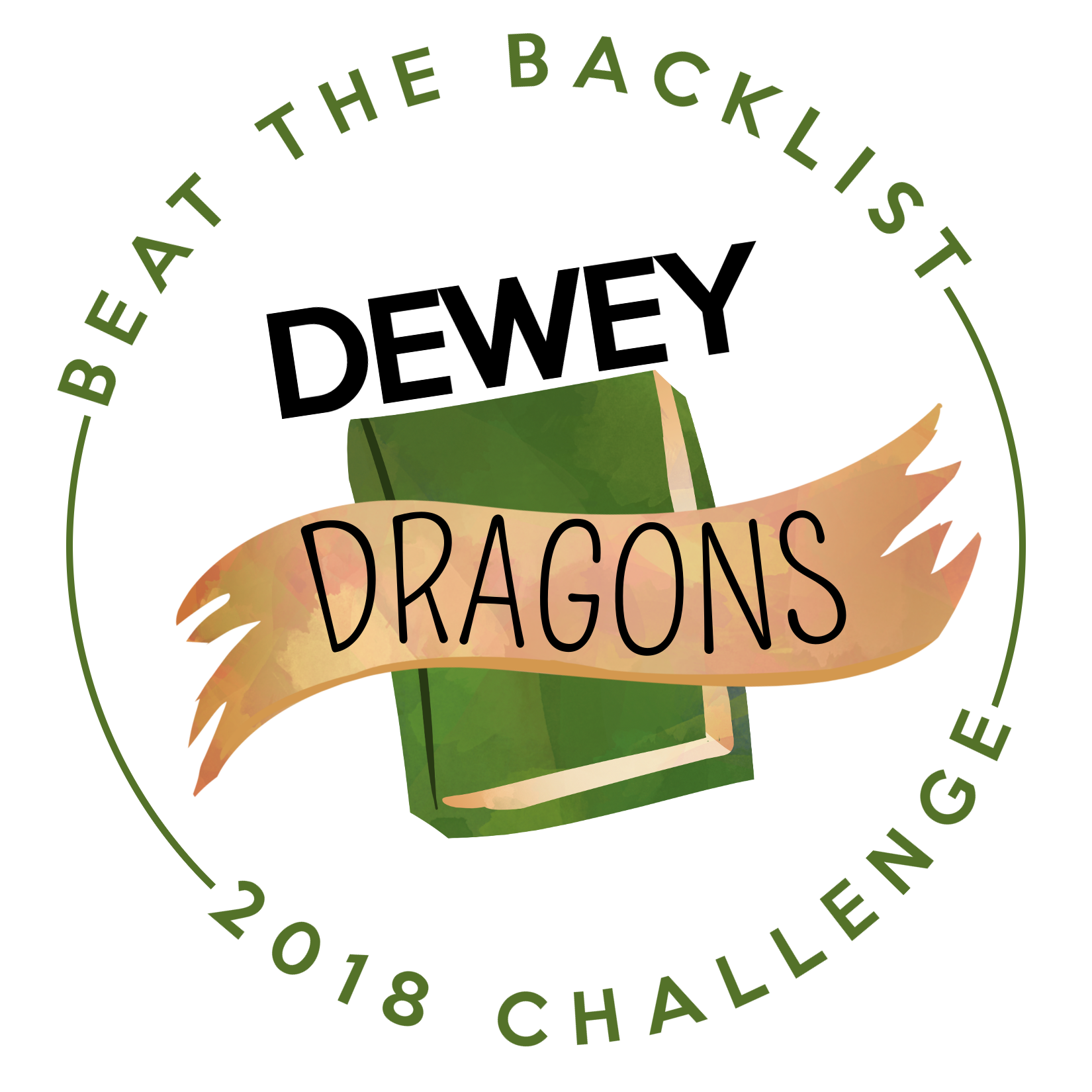 #kitten
Speak of the devil and you shall receive! I was just wondering whatever happened to the copy of Darkdawn I ordered from Goldsboro, and it arrived today! And now my collection is complete!! . . . #darkdawn #thenevernightchronicle #jaykristoff #bookmail
My @waterstones copy of Ninth House by @lbardugo arrived!!! I can't believe how fast that was considering it shipped on Monday from the UK. Usually it takes longer with international, but here it is!! And it is so pretty!!!! Look at the spine under the jacket!!! Can't wait to start reading! . . . #ninthhouse #waterstones #leighbardugo #bookstagram
This cat...what a weirdo #catsofinstagram
QOTD: What sequels are you looking forward to that are from a series that is underrated in the online book community? * * * Last year I had the pleasure of receiving a copy of SEVENTH BORN by @authormonicasanz to read for review and found myself thoroughly enjoying it. It was dark, magical, and full of mystery and I loved it. This year the folks at @entangledteen were nice enough to send me a copy of the sequel MIRROR BOUND, which I had not been expecting so it was such a wonderful surprise. I can't wait to dive back into the Witchling Academy series! * * * MIRROR BOUND (The Witchling Academy #2) by Monica Sanz publishes on 9/10/2019. See the synopsis below if you dare, but be warned there may be spoilers for the first book. * * * Conspirator. Failure. Murderer. Seraphina Dovetail is used to being called all these things. As the seventh-born daughter to a witch, and the cause of her mother losing both her powers and her life, Sera has always felt isolated. Until Nikolai Barrington. The young professor not only took an interest in Sera—he took her into his home, hired her for his moonlighting detective agency, and gave her the one thing she’d always dreamed of: a chance. Under Barrington’s tutelage, Sera can finally take the School of Continuing Magic entrance exam to become an inspector and find her family. Now if only she could stop her growing attraction to her maddening boss—which is about as easy as this fiery elementalist quitting setting things on fire. But when ghosts start dragging Sera into possessions so deep she can barely escape, and then the souls of lost witches and wizards appear trapped in mirrors, these two opposites will have to work together to uncover a much deeper secret that could destroy the Witchling world… * * * #mirrorbound #monicasanz #bookstagram #witchlingacademy #magic #fantasy #yafantasy #darkfantasy
6 more days until THERE WILL COME A DARKNESS by @katyrosepool publishes!!! Thank you @fiercereads for this amazing Anton prize pack (confession: he is my favorite character). If you haven't added this dark fantasy to your TBR yet, what rock have you been living under? A must read for fans of prophecies, magic, a girl who kills with a touch, a gambler boy fleeing from his past, an exiled prince, a warrior with lots of self-doubt, and a girl who is running out of time. It is a gorgeous book filled with characters to fall in love with, mysteries to grip you, some delicious romance, and a world that is built spectacularly. One of my favorite reads of the year! And if you want to read my full review, I am going to post the link in my bio. * * * Full synopsis of TWCAD below * * * The Age of Darkness approaches. Five lives stand in its way. Who will stop it... or unleash it? For generations, the Seven Prophets guided humanity. Using their visions of the future, they ended wars and united nations―until the day, one hundred years ago, when the Prophets disappeared. All they left behind was one final, secret prophecy, foretelling an Age of Darkness and the birth of a new Prophet who could be the world’s salvation . . . or the cause of its destruction. As chaos takes hold, five souls are set on a collision course: A prince exiled from his kingdom. A ruthless killer known as the Pale Hand. A once-faithful leader torn between his duty and his heart. A reckless gambler with the power to find anything or anyone. And a dying girl on the verge of giving up. One of them―or all of them―could break the world. Will they be savior or destroyer? Perfect for fans of Throne of Glass, Children of Blood and Bone, and An Ember in the Ashes. * * * #therewillcomeadarkness #twcad #theageofdarkness #katyrosepool #favoritereads #bookstagram