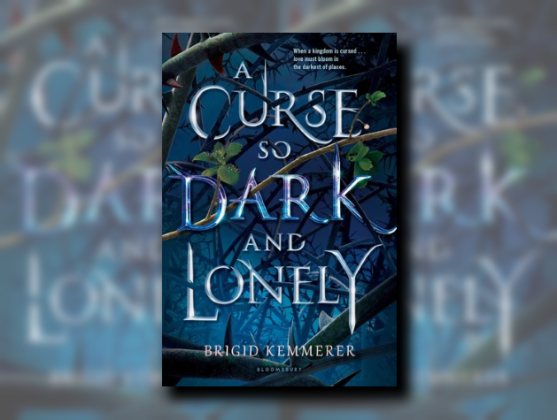 Fall in love, break the curse.

It once seemed so easy to Prince Rhen, the heir to Emberfall. Cursed by a powerful enchantress to repeat the autumn of his eighteenth year over and over, he knew he could be saved if a girl fell for him. But that was before he learned that at the end of each autumn, he would turn into a vicious beast hell-bent on destruction. That was before he destroyed his castle, his family, and every last shred of hope.

Nothing has ever been easy for Harper Lacy. With her father long gone, her mother dying, and her brother barely holding their family together while constantly underestimating her because of her cerebral palsy, she learned to be tough enough to survive. But when she tries to save someone else on the streets of Washington, DC, she’s instead somehow sucked into Rhen’s cursed world.

Break the curse, save the kingdom.

A prince? A monster? A curse? Harper doesn’t know where she is or what to believe. But as she spends time with Rhen in this enchanted land, she begins to understand what’s at stake. And as Rhen realizes Harper is not just another girl to charm, his hope comes flooding back. But powerful forces are standing against Emberfall . . . and it will take more than a broken curse to save Harper, Rhen, and his people from utter ruin.

While I enjoyed this book and was mostly engaged while reading it, I did think it had a few flaws. The characters were interesting and well-rounded, the romance grew beautifully, and the plot was engaging. There was a point when I thought that it grew a little dull and dragged out, but almost as soon as I hit that point things started happening again. And while I loved Harper and her strong and resilient personality, I was a little uncertain about the portrayal of her cerebral palsey. There were times when I completely forgot she even had it, yet when it was included it worked well to show how she wasn’t defined by it. I can’t tell if it is positive or negative in terms of representation of disability. I liked that she didn’t let it define her, but part of me also wasn’t sure how to feel when it felt like it didn’t make a difference either? Also there was the whole fact that she just took on her role in this magical kingdom so well and easily despite having grown up in modern day Washington D.C. Her dialogue just did not scream 21st century American teen at times to me, and for so much of the story the fact that she was from a different world felt forgotten.

I really liked Rhen and how complicated his character was, though, and loved watching him fall for Harper. It was easy to see how she was what he needed from the start. At first I thought I was going to feel only mild interest in him, since his character seemed a little predictable, but he definitely grew on me and I was able to sympathize with him often. He isn’t one of those broody trope of a character, but while he does have a lot of negative emotions clouding his personality, he remains strong and steadfast, willing to do whatever he can to protect his people.

I was really impressed with the romance – it grew gradually and naturally over the course of the story, and despite the length of time being only a few months, it still felt right. I also loved that it was acknowledged almost immediately that to break the curse Rhen had to find someone to fall in love with him – like thank you for that no nonsense attitude, Harper. And I also like how it ended with no real finality to it, like there’s still more to be discovered. On the other hand, this could also just be setting things up for a love triangle in th next book so I don’t know how to feel about that.

I think my biggest issue right now is that I feel like the ending was too open. It seems like it is setting things up for a sequel, or companion novel, but so much happened in this story that I feel like it could have worked as a stand-a-lone too. The open-endedness leaves enough to want more, but not nearly enough to really make you desire the next book immediately. If there is one, I just hope a love triangle doesn’t form, but I am eager to read more about the secondary character who it will most likely be about.

All in all, a very enjoyable read, with some complicated and interesting characters who kept the story flowing. There were some intriging twists and turns, a beautiful romance, and a story that was very engaging.