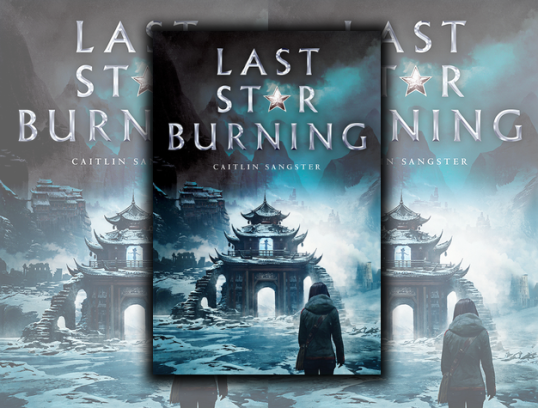 Sev is branded with the mark of a criminal—a star burned into her hand. That’s the penalty for being the daughter of the woman who betrayed their entire nation.

Now her mother’s body is displayed above Traitor’s Arch, kept in a paralyzed half sleep by the same plague that destroyed the rest of the world. And as further punishment, Sev is forced to do hard labor to prove that she’s more valuable alive than dead.

When the government blames Sev for a horrific bombing, she must escape the city or face the chopping block. Unimaginable dangers lurk outside the city walls, and Sev’s only hope of survival lies with the most unlikely person—Howl, the chairman’s son. Though he promises to lead her to safety, Howl has secrets, and Sev can’t help but wonder if he knows more about her past—and her mother’s crimes—than he lets on.

But in a hostile world, trust is a luxury. Even when Sev’s life and the lives of everyone she loves may hang in the balance.

Oh, look, October is in…2 days.  Sorry this is kind of late, I’ve been a little distracted lately and kind of only just realized how close we are to the end of September.  Anyway, let’s look at some books that are coming out in October that I am really looking forward to. 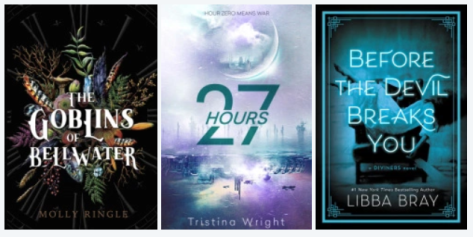 The Goblins of Bellwater, by Molly Ringle – I’ve discovered that I’m not one for goblins and fair folk stories it seems, and yet the storylines keep intriguing me.  Take this one, for instance – I actually came across it at work this morning because it was shelved on the wrong cart, and reading the synopsis it sounded kind of interesting.  It reminded me a little of The Darkest Part of the Forest by Holly Black, which is one of the few fair folk/goblin stories I’ve read that I really enjoyed.  So, who knows, I might find another one I enjoy. END_OF_DOCUMENT_TOKEN_TO_BE_REPLACED