Where Dreams Descend (Kingdom of Cards #1), by Janella Angeles

In a city covered in ice and ruin, a group of magicians face off in a daring game of magical feats to find the next headliner of the Conquering Circus, only to find themselves under the threat of an unseen danger striking behind the scenes.

As each act becomes more and more risky and the number of missing magicians piles up, three are forced to reckon with their secrets before the darkness comes for them next.

The Star: Kallia, a powerful showgirl out to prove she’s the best no matter the cost

The Master: Jack, the enigmatic keeper of the club, and more than one lie told

The Magician: Demarco, the brooding judge with a dark past he can no longer hide

Where Dreams Descend is a lustrous story that weaves magic and performance together in a Phantom of the Opera inspired setting where romance reigns supreme and mystery hides in the shadows. The writing is exquisite, however the plotline tends to drift more towards the romance and leaves the mystery floundering a bit in the dust, forgotten often and struggling to make much of an impact until the very end. This is one of those books that I really want to love, but unfortunately leaves me feeling somewhat frustrated with how little questions were actually answered by its conclusion.
END_OF_DOCUMENT_TOKEN_TO_BE_REPLACED 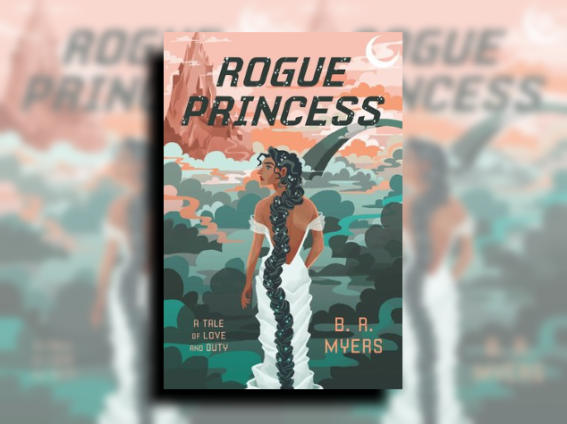 Rogue Princess, by B. R. Myers

Princess Delia knows her duty: She must choose a prince to marry in order to secure an alliance and save her failing planet. Yet she secretly dreams of true love, and feels there must be a better way. Determined to chart her own course, she steals a spaceship to avoid the marriage, only to discover a handsome stowaway.

All Aidan wanted was to “borrow” a few palace trinkets to help him get off the planet. Okay, so maybe escaping on a royal ship wasn’t the smartest plan, but he never expected to be kidnapped by a runaway princess!

Sparks fly as this headstrong princess and clever thief battle wits, but everything changes when they inadvertently uncover a rebel conspiracy that could destroy their planet forever.

A genderbent Cinderella sci-fi retelling? This book instantly grabbed my attention when I read the synopsis on Edelweiss and I couldn’t stop thinking about it until I picked it up. So I did. The beginning was a little messy and confusing at first, and I think the world-building could have used some work, but once things started rolling I couldn’t put it down. There were some really interesting twists and turns, a nice amount of homage to the original fairy tale, and characters that I truly loved and enjoyed reading about. END_OF_DOCUMENT_TOKEN_TO_BE_REPLACED 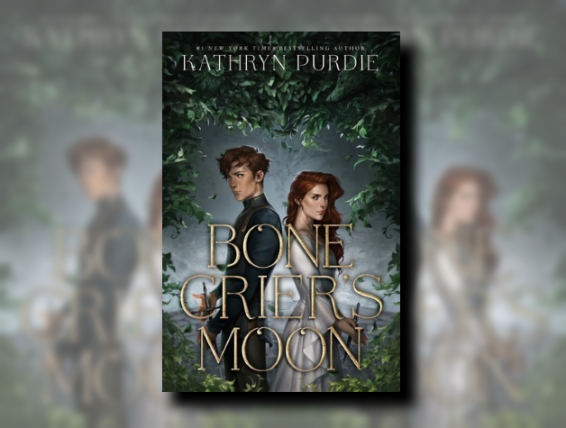 Bone ​Criers have a sacred duty. They alone can keep the dead from preying on the living. But their power to ferry the spirits of the dead into goddess Elara’s Night Heavens or Tyrus’s Underworld comes from sacrifice. The gods demand a promise of dedication. And that promise comes at the cost of the Bone Criers’ one true love.

Ailesse has been prepared since birth to become the matriarch of the Bone Criers, a mysterious famille of women who use strengths drawn from animal bones to ferry dead souls. But first she must complete her rite of passage and kill the boy she’s also destined to love.

Bastien’s father was slain by a Bone Crier and he’s been seeking revenge ever since. Yet when he finally captures one, his vengeance will have to wait. Ailesse’s ritual has begun and now their fates are entwined—in life and in death.

Sabine has never had the stomach for the Bone Criers’ work. But when her best friend Ailesse is taken captive, Sabine will do whatever it takes to save her, even if it means defying their traditions—and their matriarch—to break the bond between Ailesse and Bastien. Before they all die.

I know this book doesn’t come out for quite some time (March of 2020), but I was in a bit of a rut when it came to what I wanted to read next. I knew it wanted to be some sort of fantasy but I just wasn’t sure until I came across this on Edelweiss. What definitely got me was the bit about Ailesse having to kill her soulmate in order to become a Ferrier, only to be kidnapped by him instead, and everything inside me just went YES PLEASE. It sounded so interesting, and while the concept was really original and I thought the world-building was unique, I just feel like the writing style left a lot to be imagined and didn’t make for as magical a storytelling as this could have been.
END_OF_DOCUMENT_TOKEN_TO_BE_REPLACED

I’ve been chased my whole life. As a fugitive refugee in the territory controlled by the tyrannical Mercer corporation, I’ve always had to hide who I am. Until I found Excalibur.

My name is Ari Helix. I have a magic sword, a cranky wizard, and a revolution to start.

When Ari crash-lands on Old Earth and pulls a magic sword from its ancient resting place, she is revealed to be the newest reincarnation of King Arthur. Then she meets Merlin, who has aged backward over the centuries into a teenager, and together they must break the curse that keeps Arthur coming back. Their quest? Defeat the cruel, oppressive government and bring peace and equality to all humankind.

So this book has been on my TBR since the moment I first heard about it. King Arthur retelling, space setting, and LGBTQ+ representation out the wazoo? It sounded perfect. And it almost was. While this book started off in a bit of a not-so-great spot and had me feeling iffy about going forward with it, by the time I finished it I had a million smiles on my face and a new gay puppy magician to love. Told in alternate point-of-views of Ari (King Arthur reincarnation #42) and Merlin (same one, younger body), this book is full of action, mildly steamy romance, diverse characters and a plot that takes you near and far in an adventure to mirror one of the many quests of King Arthur himself. END_OF_DOCUMENT_TOKEN_TO_BE_REPLACED 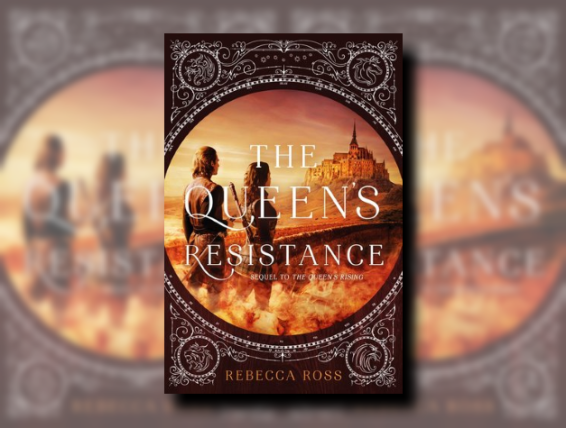 Finally, Brienna is a mistress of knowledge and is settling into her role as the daughter of Davin MacQuinn, a disgraced lord who returned to Maevana to reclaim his house. Though she’d just survived a revolution, one that will finally return a queen to the throne, she faces another difficult challenge. She must prove herself trustworthy to the MacQuinns. But as Queen Isolde Kavanagh’s closest confidant, she’ll have to balance serving her father’s house as well as her country. And then there’s Cartier, a wholly separate but desirable factor in her new life.

Aodhan Morgane, formerly known as Cartier Évariste, is adjusting to the stark contrast between his pre-rebellion life in Valenia as a master of knowledge and his current one as the lord of a fallen house. During his castle’s restoration, he discovers a ten-year-old boy named Tomas, whose past and parentage are a complete mystery. So when Cartier’s former pupil Brienna is as taken with Tomas as he is, he lets his mind wander—what if he doesn’t have to raise him or his house alone?

As the Lannon trial rapidly approaches, Brienna and Cartier must put their feelings aside to concentrate on forging alliances, executing justice, and ensuring that no one interferes with the queen’s coronation. But resistance is rumbling among the old regime’s supporters, who are desperate to find a weakness in the rebels’ forces. And nothing makes a person more vulnerable than deep-seated love.

I absolutely positively adored The Queen’s Rising so as soon as I saw this was coming out I knew I had to get my hands on it. This sequel lived up to its predecessor in many ways and more, exploring the aftermath of the uprising and including the point of view of Cartier to give a new perspective to the story as well as his own personal growth. END_OF_DOCUMENT_TOKEN_TO_BE_REPLACED

Four Queens. A divided nation. A ruthless pickpocket. A noble messenger. And the murders that unite them.

Seventeen-year-old Keralie Corrington is one of Quadara’s most skilled thieves, but when she steals an unexpectedly valuable package from a messenger she is soon entangled in a conspiracy that leads to all four of Quadara’s queens being murdered.

With no other choices and on the run from her former employer, Keralie teams up with Varin Bollt, the Eonist messenger she stole from, and together they race to discover who has killed the queens. But when dark secrets threaten their reluctant partnership and put everything at stake, Keralie and Varin must use all their daring to stay alive and untangle the mysteries behind the nation’s four dead queens.

This book is one of those kind of books that landed in my top ten most highly-anticipated reads of 2019 as soon as I heard about it. I knew I had to get my hands on it as soon as I possibly could. Thieves and a murder mystery in a nation ruled by four queens? It sounded so intricately unique and interesting and just so up my alley that I was on edge about it – what if it turned out to be something that fell flat in the end? I’ve had that happen before – highly anticipated books turning out to be complete duds. But not so with this book. From the moment it began to the moment it ended, I was hooked. END_OF_DOCUMENT_TOKEN_TO_BE_REPLACED